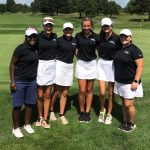 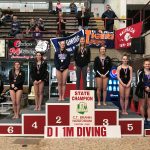 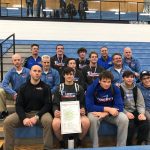 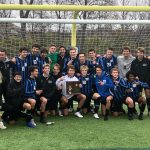 Nicole Tonetti, Senior, Track & Field This senior has had an outstanding start to the track & field season. Through the first seven meets she is undefeated in the Long Jump event and broke her own school record last Friday night at our Liberty Freedom relays with a 17-7.5 jump. Tonetti is also a sprinter

Noah Koknat, Junior  and Cole Young, Senior Volleyball   Junior Noah Koknat and Senior Cole Young have helped lead the Patriots to victories in their last four matches.  In wins against Dublin Coffman, Hilliard Davidson, Mount Vernon, and Upper Arlington Koknat averaged 9 kills and 3 aces per match.  He was also third on the team

We are pleased to announce that Jamie Gilbert has accepted our offer to become the Head Girls Cross Country Coach at Olentangy Liberty High School. Ms. Gilbert has an extensive background in Cross Country as both a coach and competitor. She is a graduate of Heidelberg University where she also was a four-year member of